We believe that the Bible is “given inspiration of God, and is profitable for doctrine, for reproof, for correction, and for instruction in righteousness.”  The Bible is inerrant, infallible and inspired Word of God and is our sole authority for faith and practice.

We believe one true living God revealed in three persons: Father, Son, and Holy Spirit, and without division of nature, essence or being.  He is the Creator, Redeemer, Preserver, and Ruler of the universe.

We believe that God has revealed Himself to us through His Son.  In His incarnation as Jesus Christ, He was conceived by the Holy Spirit and born of the Virgin Mary.  He completely fulfilled the law of God as man and was temped like man, yet without sin.  He voluntarily died for the sins of man on a cross at Calvary and was buried in a tomb.  He was victoriously resurrected from the grave with a glorified body. He appeared to His disciples and ascended to the Right Hand of the Father.  He will return visibly to earth.

We believe that man was created by God from the dust of the ground and that God breathed into his nostrils the breath of life, and that man became a living being.  By his free choice, man sinned against God and brought sin into the human race.  Unregenerated man is a sinner by nature and by choice.  The wages of sin is death.

We believe that a person is saved by God’s grace through faith, and not of works, lest anyone should boast.  At the moment of faith, the believer is sealed with the Holy Spirit of promise until the day of redemption.  Therefore, the believer is eternally secure in Christ Jesus.  At the Second Coming of Christ, the believer will receive a glorified body like that of Christ.  Each believer is a priest before God and has Jesus Christ as his intercessor before the Father.

We believe that a New Testament Church is a local body of baptized believers who are associated by covenant in the faith and fellowship of the gospel, observing the two ordinances of Baptism and the Lord’s Supper, committed to His teachings, exercising the gifts, rights, and privileges invested in them by His Word, and seeking to extend the gospel to the end of the earth.

We practice believer’s baptism by immersion in water because a believer’s sins have been forgiven by the blood of Jesus Christ.  We observe the Lord’s Supper, with the fruit of the vine and bread, in remembrance of Christ’s death until he returns to earth. 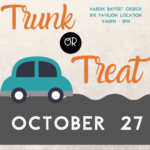 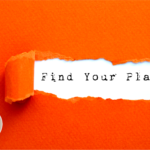 Jesus came not to be served,…